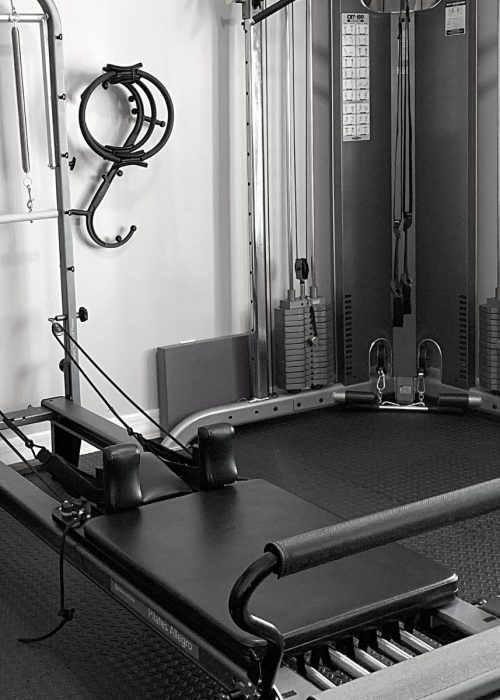 Pilates helps my clients with:

✓ Improved posture
✓ Improved flexibility
✓ Improved balance
✓ Increased strength
✓ Stronger core
✓ Decreased back pain
✓ Running is less painful
✓ Getting healthy and feeling fabulous
✓ Loving the low-impact workouts
✓ With athletic performance during competition
✓ More rotation and improved tennis, golf, or pickleball game
✓ Being challenged mentally and physically while working out
✓ Getting a good workout without thinking about what to do
✓ Exercising safely while rehabbing from an injury
✓ The low-impact feel of this high-impact workout

A consistent Pilates practice will change your life forever, and I am here to help you on your journey.

Over the years I have personally tried almost every method of exercise and fell head over heels in love with Pilates. I went into the studio with my daughter because her doctor suggested it due to back pain. To be honest, I went into my intro class skeptical because I have always loved fasted paced exercises and power moves. My opinion changed quickly after a few classes. Pilates has so much to offer, and it is a hidden gem that gets better the more that you practice it. 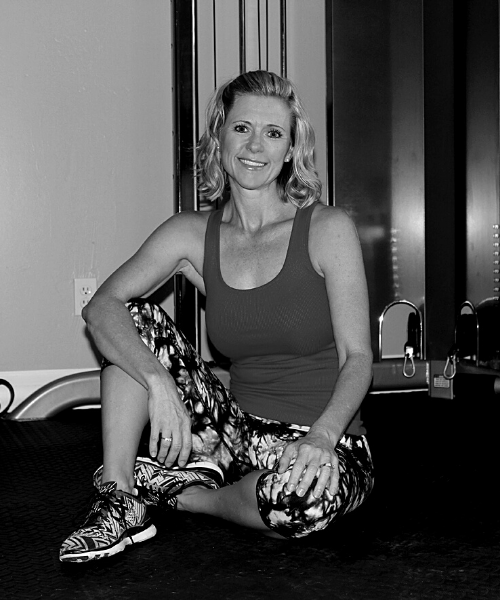 1 Private, one-on-one sessions, give me the ability to get to know you and your body, so I can create a program that meets all of your individual wants and needs. Taking into account your strength, flexibility, injury, illness, aches/pains, and overall health.

2 In a private, one-on-one session, I am able to give you my undivided attention. This allows me to focus on you and your breathing, technique, strengths, and weaknesses.

3 As a Pilates professional Kristin’s goal is to safely guide you through Pilates exercises, so you can feel every amazing benefit that Pilates has to offer.

4 My motto is to modify exercises to fit the body in front of me and that is much easier to do in a private, one-on-one session.

55-minute session customized around your objectives and with your body in mind. Private sessions provide the full studio experience and are ideal for people of all ages and fitness levels.

In-home sessions are possible for the regular hourly fee plus travel time. Contact me for a quote.

The Pilates Method Focuses On: 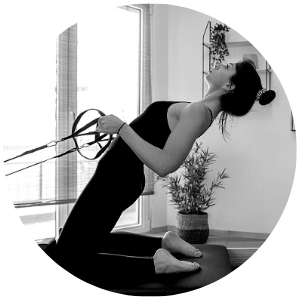 All movements originate from the center of the body. 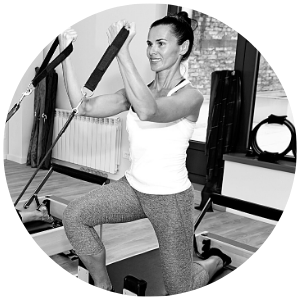 Control is essential to the quality of every movement. 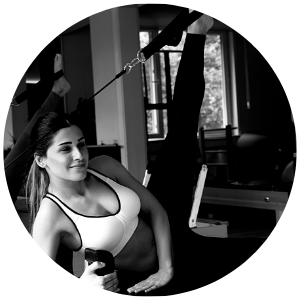 The mind-body connection is at the very core of Pilates. 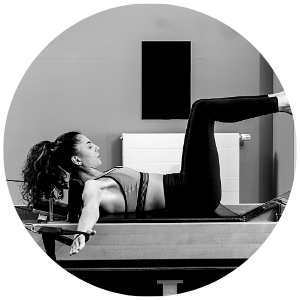 Precise moves increases the efficiency of each move. 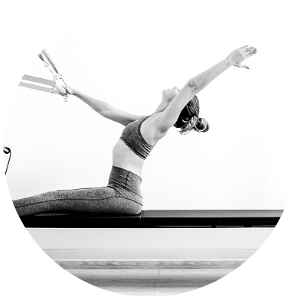 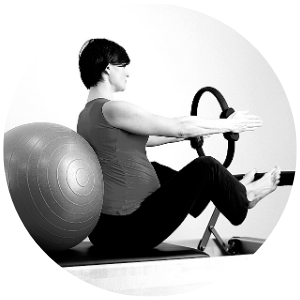 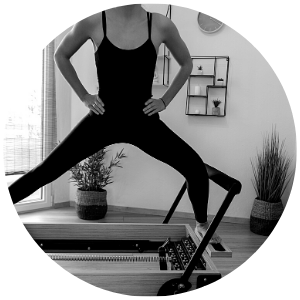 Feeling the body’s alignment, movement, and positioning throughout the workout. 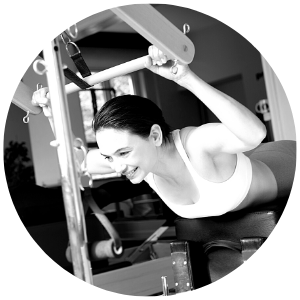 Improving the overall attitude, outlook, and happiness of participants.

In my studio I offer one-on-one sessions utilizing classic Pilates equipment; including the Reformer w/ Tower, the Wunda Chair, and the Spine Corrector.  I also include many useful props: like the Magic Circle, the Reformer Jump Board, Balls, Booty Bands, TRX, Ballet Barre, Bosu, Stability Ball, small weights, and a corner CXT1000 machine.

My studio is located in Mesa, Arizona, but if you would rather not come to my studio I can travel to you for onsite training if you have some Pilates equipment. 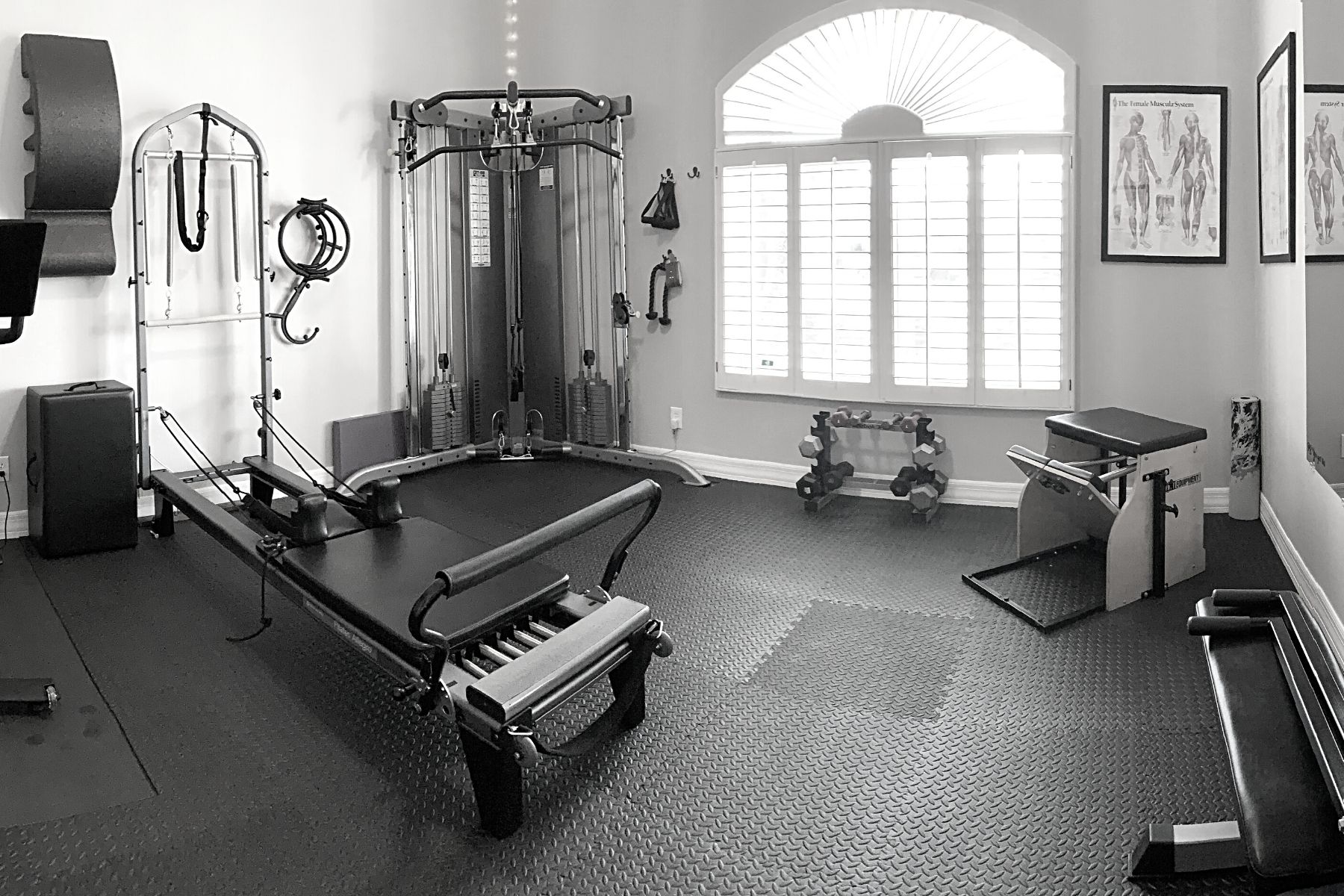 “Pilates” was developed by Joseph Pilates, born in 1880 in Germany. His father was a gymnast and his mother a naturopath. Joseph was very ill as a child (asthma, sunken chest, physical limitations). As he became a young man he made it his goal to overcome these weaknesses.  His plan was to strengthen and rehabilitate his body through physical fitness and muscular conditioning. He practiced many of the physical training regimens available in Germany and began to develop his own method.

In early 1912 Joseph left Germany to train as a professional boxer in England in addition to working as a circus performer and teaching self-defense to Scotland Yard detectives. During WWI he was imprisoned in an England internment camp for German nationals. While there he began rehabilitating injured soldiers. He positioned springs above hospital beds to create resistance.  This allowed patients to exercise while laying on their back recuperating rather than growing weak from inactivity.

He returned to Germany quickly deciding to move to America. During his trip to America in 1923 he met his wife, Clara.  The couple established his first studio in New York which became very successful and he began to think about his method on a larger scale.  He named his method “Contrology” as he said it develops the body uniformly, corrects posture, restores physical vitality, and invigorates the mind and spirit.  Later the practice of “Contrology” became known as “Pilates”.

From his experience and research he found there was a clear connection between physical and mental health so he developed this system of exercises and equipment (apparatus) intended to strengthen the human body and mind.

Ready to Get Started?

Fields marked with an asterisk (*) are required. Your information will never be sold or shared with others.

By submitting this form you acknowledge consent for Kristin Tetlow to use the information you entered to contact you by phone or email to discuss private coaching further.